PastFifty Fitness Makeover
Walking and Running For Weight Loss and Fitness
Reverse Aging, Keep Jogging
How To Win a Race … Even When You Don’t Finish First?

How To Win a Race … Even When You Don’t Finish First? 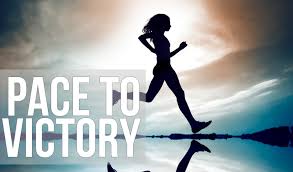 By basing the results on age-related performance tables. From these, you can find out who had the best relative performance based on their age and sex.

The one with the highest percentage is the winner!

From the tables, you’ll be able to compare your performances over various distances from 200 meters to 200 kilometres. Measured against the performance of world-class runners of the same sex and age, for both for track and road events.

For the average runner, who may never even win an age-adjusted race, these tables can provide another dimension to your running. With the use of the tables, you’ll have a fun and reliable way to be competitive with yourself. By tracking your relative performance.

As your running improves you may feel that you want to know how you match up with your peers.

The World Association of Veteran Athletes first created these tables in 1989. Since then they have been regularly updated. The last update made in 2015.

You can find these tables are at RunningForFitness and Runners World.

Besides seeing where you rank you can also calculate the times you would need to achieve for a particular age-graded performance threshold.

This is an excellent performance as, anything over 70% requires a lot of talent or dedication, or probably both.

The use of age-grading tables allows older runners to compete on even terms with their children or anyone else either younger or older. Over the last few years, age-related performances have become more recognised. In many running clubs today, the age-graded champion earns as much, if not more, recognition than the outright winner of an event.

It can also be used as a predictor of how you might perform in a different distance race. Also based on your age-graded performance.

Parkrun. an international organisation. that coordinates free, weekly timed 5k runs in about 8 countries and over 820 parks around the world. All their results reflect this index.

So age-related performances have added another dimension to the past time or sport of running. Creating another level of comparison and a fun way to compete against yourself. Being able to win … even when you don’t finish first!

Walking and Running For Weight Loss and Fitness

How To Win a Race … Even When You Don’t Finish First?